Robert Olsson – The Robert of Wine

Robert Olsson – The Robert of Wine

What do you get when you combine a cigar smoking gentleman with old wine and 21-holes Underground boots? In Gävle and in the Swedish wine community that question is simple, the answer is Robert Olsson, more known as the Robert of Wine. Who has become a legend with his knowledge about really, really old wine and for the wine tasting dinners he is arranging all over the world. Robert is on a never-ending quest for finding and drinking the rarest wines and is in the writing moment the owner of the oldest, the third oldest and the fourth oldest wine in the world. We just need to find out what he is all about and get the best pointers of what to drink and how to become good at tasting wine.

F: Robert, you are well known for your knowledge and enthusiasm about wine and alcohol. But is it right that you didn’t taste any alcohol until you were in your late teens? And what did you drink when you first tried?

R: Yes, that is true and sort of strange as I made my own wine the first time when I was 13. And I continued making wine for several years without drinking it. I really loved the process of making wine and to hear my grandparents grade the taste. I didn’t drink any alcohol until I turned 19 when I drank Asti Cinzano, Grants whiskey and a poor Spanish wine called Gandia on New Year’s Eve.

F: Asti Cinzano, Gandia and Grants, somehow it makes us feel good that you also have had some bad judgement regarding what to drink, hahaha.

F: And now you are in a totally different situation. For example, we have heard that, when you were asked about how many Bordeaux wines from the legendary vintage of 59 you had tasted, your answer was epic. You answered all of them! Is this correct?

R: Yes, I have tasted all classified Bordeaux wines from 1959. It is one of the 4 really big legendary vintages from that region during the 20th century. So as an expert on Bordeaux, it’s great that I have had the opportunity to try all the 61 Chateaux from 1959.

F: How many tastings have you done, and which is the most exclusive?

R: I would say that it must be somewhere between 1000–2000 tastings. The tastings have been in all different kind of levels, from more simple ones up to some of the world’s most exclusive. I’m keeping count on all the big and exclusive tastings and it´s at the moment exactly 231.

The most exclusive tasting actually took place in Högbo Bruk, 25km outside of Gävle. One of the world’s most well-known connoisseurs of rare wine flew up from Paris and another person charted a helicopter to get there. We tasted 18 bottles of enormous quality, for example Cheval Blanc 1961, L’Evangile 1961, Palmer 1961, all legendary wines and worth around 20000€. But these three were not close to be the top notes of the evening, as the French connoisseur brought a bottle with him. The Canary Islands oldest bottle, a Canarian Malvasia from 1828. A sweet wine that resembles to sherry, made with the Solera system. It was amazingly good. We also drank a bottle from the last Russian Tsar’s (Nikolaj II) private cellar. The crystal bottle is engraved with his name and only the bottle without content worth 2500€. But the top note was a Madeira wine from 1806, from the private cellar of the New York 400 family Goelet. The best Madeira I have ever tasted. 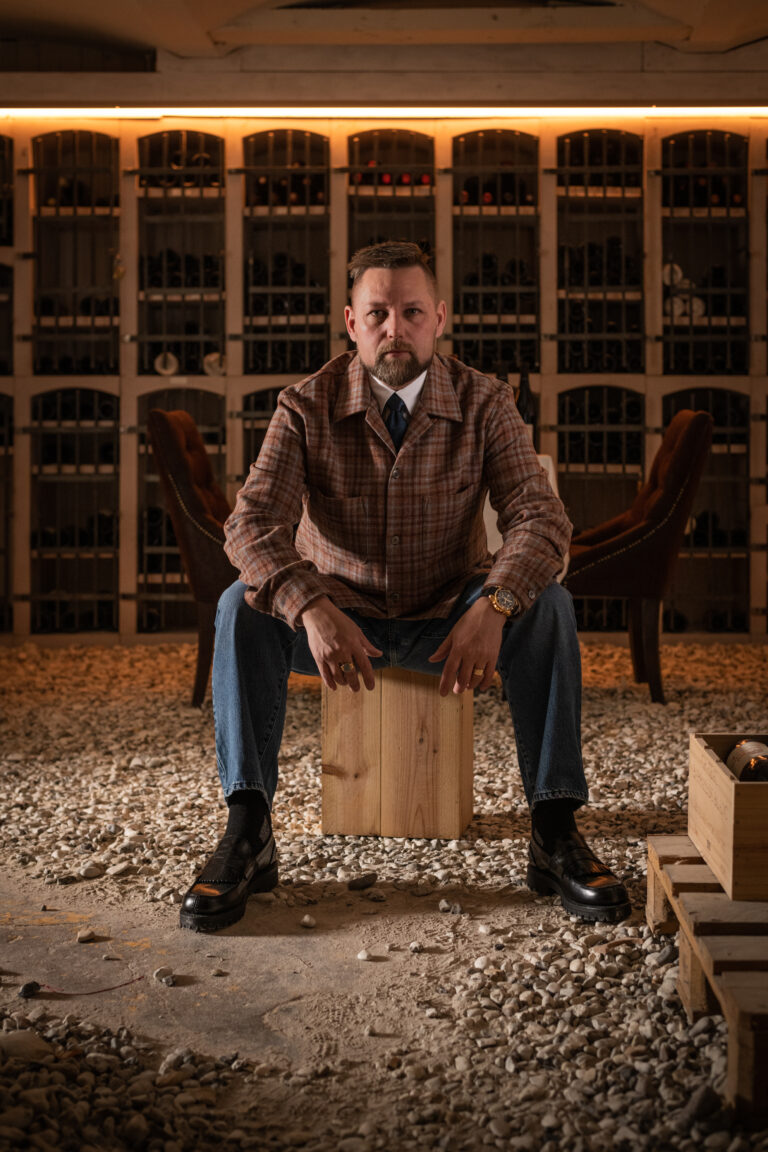 F: How do you become a wine expert? Is it talent, education or do you drink as much as possible?

R: You drink as much as possible! 🙂 But as a well-known wine expert said: -Tasting wine is like drinking wine, while paying attention. Otherwise, the fellows on the park benches would be the best, because they drink the most.

To get good at tasting, you need to learn the craftsmanship behind the product you are tasting. You need to understand how the taste is built up in the product. You also need to learn how to maximize your own experience. That is why you see wine experts gargle and spitting. When you have learned these techniques, the brain will start to learn a lot of things about the experience without making a big effort. It gets the knowledge from earlier experiences. And suddenly, after a while, you are sitting there, lifting your glass and tell people what grape is in the glass and which region it is from.

F: Can anyone visit your tastings/dinners? Or do you need to be a part of an exclusive circle?

F: Many people have problem to find their wine style and what kind of wine they should buy. Do you have any pointers?

R: If we are talking about a person in Sweden, where the alcohol tax is so high. Then the first thing you need to do is to only buy wine that cost at least 129SEK. And to get an even better experience, buy wine from 250SEK and up. It cost money to produce a concentrated wine and the fixed costs for bottle and cork are almost the same for an expensive wine as a cheap wine. So, it is the content that gets better with a more expensive wine.

After following the above, I would then start to buy wines from 4 or more of the big and famous regions in the world, for example Ribera del Duero, Bordeaux, Bourgogne and Piemonte. Take notes what you like or dislike with the different wines and the different grapes. Then you start to buy more wines from the region you like the most and see if the style always suits you. Probably you will like several styles. But try to focus at one region at the time and make sure to also take notes about if you like a certain position, a certain township, or a certain grape more than others in the same region. You will feel excited when you realize that you have reached some knowledge about a region. And then your snowball will be in motion. 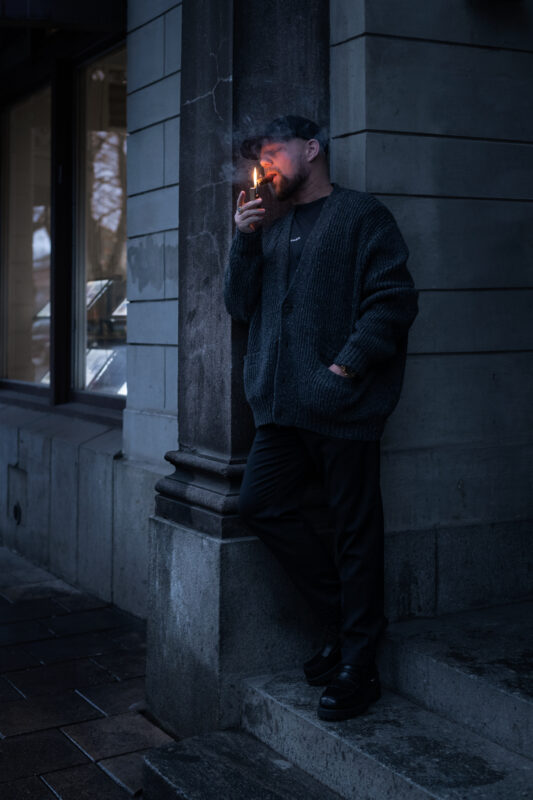 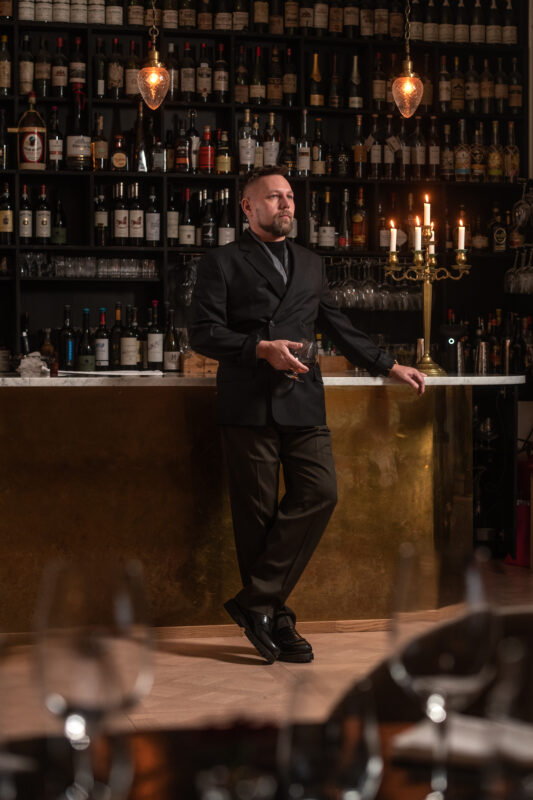 F: Can you describe your best gastronomic highlight of all times. Food and wine in perfect symbiosis.

R: You can imagine that I have many. But it´s easy to point out one that stands out from the crowd. It happened at a tasting at Operakällaren in Stockholm 2012. With a sherry from 1864 they served a foie gras with a thin madeira sauce and licorice powder. Old sherry with high age develops amazing tones of anise and licorice. Almost incredible clear tones that fits perfectly with the licorice powder. The taste on 150+ years sherry is also so intense that it needs to be combined with something fat and equally concentrated, something that makes you emotionally warm. Foie gras is the perfect match and meets the high intensity in these kind of wines in an excellent way. 10 years later I still get warm inside when I think about this combination.

F: Talking about gastronomic highlights, you own the oldest wine in the world. What’s the story about this wine?

R: There is an amazing story about this Tokajer wine from the 17th century, that among others includes the Swedish warrior king Karl XII. But to make it short, in 2011 I met an English lord at a big tasting in Rheingau Germany. There were a lot of rich and posh people at this tasting and then it was me, who had recycled cans for 4 years to afford the fee. I realized during the tasting, that the English lord was in possession of this bottle. So, I started to negotiate with him and after I arrived back to Gävle I gave him the biggest offer I could imagine. I don’t want to name the exact number, but it was between 8.000-12.000£. I was able to borrow the money from friends. The bottle has now an estimated value of 80.000-100.000€.

I currently also own the third and fourth oldest wine in the world and the plan is that I also will try to get the second and the fifth oldest. So that I can offer 5 of the world’s oldest wine together with several other exclusive wines and excellent food at a tasting in Paris 2023. If everything goes as planned, it will be the most complex and exclusive tasting I have ever done. 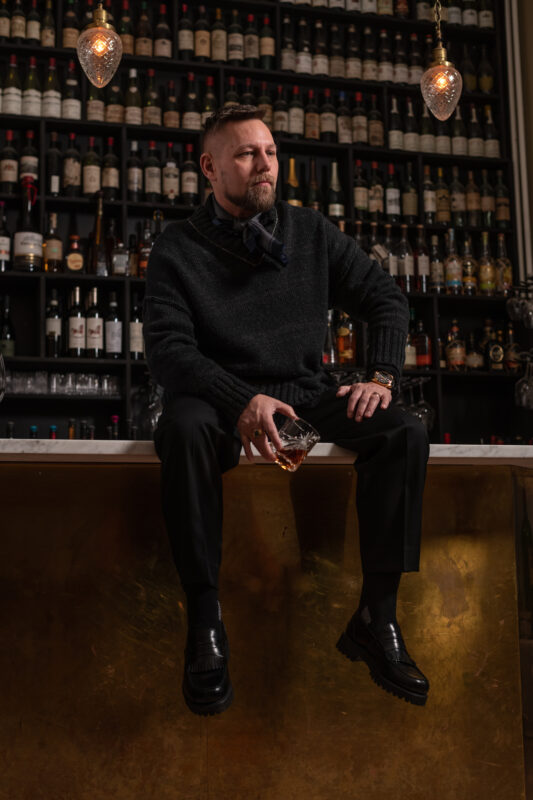 F: If you could make an comparison with the music business, who are you in the wine industry? Are you like a rockstar among the wine producers in Bordeaux?

R: No, I’m not. If I should compare myself with anyone in the music business, it would be with an underground Dj in a specific genre. An underground Dj that is top 5 in the world in that genre.

F: We are going to end this by asking you about the top 5 wines you have tasted and 5 wines that you think a person interested in wine should try to taste.

And the five wines that I think a person interested in wine should try to to taste and that are possible to buy are: Krüg champagne, Pontet Canet Paulliac 2008, 2009 or 2010, Domaine de la Romanee-Conti Richebourg Grand Cru, Chateau d’Yquem older then 2001, Madeira before 1925

F: Thank you and cheers!